‘We Are Here’ is a group of about 200 undocumented asylum seekers who fight since september 2012 for the recognition of and the solution for the problem that they have to survive in the Netherlands while they can not return. Because of this problem they claim shelter and asylum.
In the last years this group have been moving between several different locations in Amsterdam; from empty office buildings to an empty jail and back to living on the streets again. They are in limbo; people can’t neither stay or work in The Netherlands, or nor go home. ‘We Are Here’ wants to make their personal and political situation visible for the Dutch society. For more information about ‘We Are Here’: http://wijzijnhier.org/ 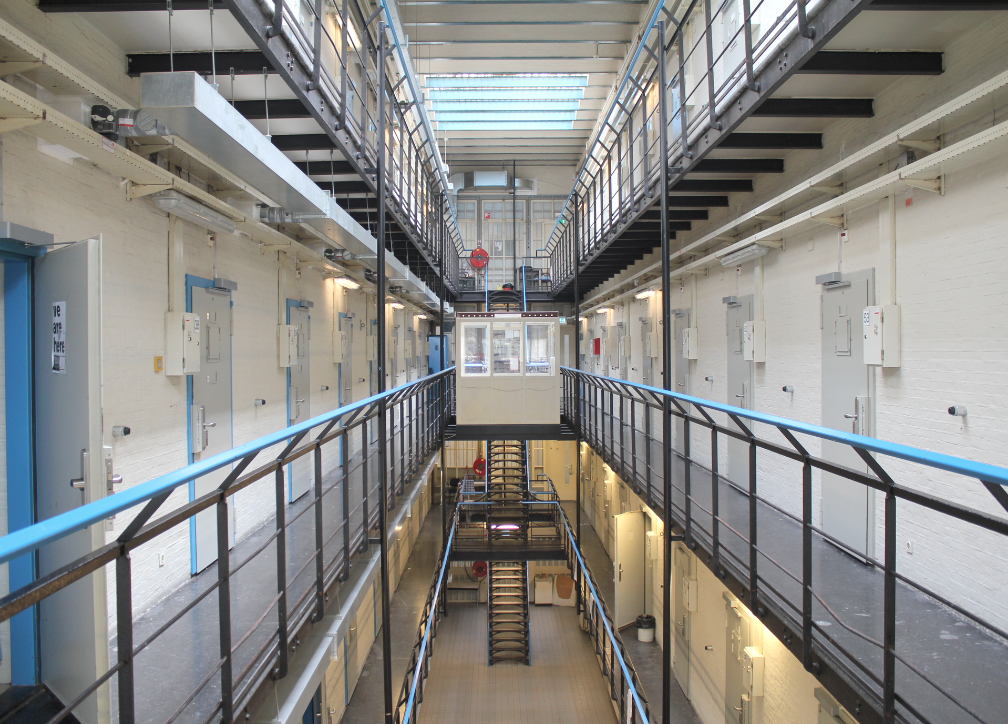 In my research on personal space, I am questioning the existence of excluded citizens in The Netherlands by starting dialogues with the activists of the ‘We Are Here’ group. The video installation shows pictures at 1 frame per second in between total white and black images towards a stroboscopic effect of sequences of images. The selected pictures are based on atmosphere and structure and they don’t show any people.

By making use of a longer duration of the total black and white images with the pictures in between (for 1 frame per second), an effect is created by the contrast between the moment the image changes. This effect creates a afterimage in the mind of the visitor. An afterimage is an images that continues to appear on the retina-display, even after the image has disappeared. This way of working with afterimages shows the tension between the visibility and the invisibility of the group ‘We Are Here’ to society.