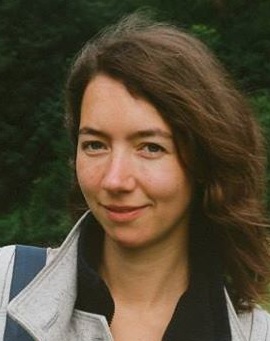 Kim Schonewille (1982) is a visual artist and filmmaker who works and lives in The Netherlands. Her work includes video art and installations, performances, interventional and site-specific work. Next to her individual work she collaborates with international artists creating interdisciplinary projects.

Kim uses her personal physical experiences of space and combines this with theoretical perceptions on this subject obtained by her earlier conducted research. In her research on the borders of personal space she discusses and explores the concepts privacy and intimacy. Within these topics she plays with both the subjective rules of personal space and written rules of public space which together shape human behavior.

In 2005 she graduated from The Hague University of Applied Sciences where she holds a Bachelor’s degree in Cultural and Social Development (CMV). Her second Bachelor’s degree is Audio Visual Design at the Willem de Kooning Academy in Rotterdam where she graduated in 2009. During her time at the Academy in Rotterdam she joined an Erasmus exchange study program at the Universität der Künsten (University of Arts) in Berlin, where she studied Experimental Media Art. In 2014 Kim finished her Masters of Fine Arts at the Dutch Art Institute. During her Masters of Fine Arts she researched ‘abjection’ in contemporary art. In her thesis ‘Art Abjection – the Borders Between Art and the Viewer and Art as a Trap’ she focused on the response of the viewer and the impact of images on ones body and mind. The reaction of the body while experiencing attraction and repulsion simultaneously fascinates her. It is this ambiguous response that specifically interests her, because it is at precisely that moment a dialogue starts between the artwork and the viewer, initiating a relation between the two.

During the exhibition she creates opportunities for dialogue between the visitors. In the exhibition space her experiences in the cultural and social background and her vision and work as an artist come together.

HIGHLIGHTS
4th of April – 16th of May 2018
Digital platform for video art ‘Between You & Me’, Tilburg in The Netherlands
Exhibition: Video screening of ’The rare moments of synced entities’

7 May 2015
CreArt (Network of Cities for Artistic Creation), Municipality of Kristiansand and University of Agder. Kristiansand in Norway
Presentation: ‘Rethinking Art Education’, about experiences and vision on Art Education.